The volcanic archipelago "Avalonia" was formed on the southern Arctic Circle (South Pacific, very warm and dry) 2,7 billion years ago. Mardorf emerged in this area much later.

Over 500 million years ago, the archipelago from today's South Pacific (Pacific) slowly drifts northward with plate tectonics. 475,000 years ago in the Elster Glacial Period, countless small and at least 3 large boulders came to us: "Davidstein" (granite), Woldstedtstein (granite gneiss) and Goliath (rare red Växjö granite) from Sweden (Smaland). 15,000 years ago, the many sand dunes (including “Weißer Berg”, “Poggen”) and the Steinhuder Meer (a shallow lake named after the village on the south bank - Steinhude) emerge, only after the fens and high moors.

Around 8,700 BC there is the first permanent settlement of Mardorf. Around 5,500 BC there are already 3 - 4 settlement places: Bannsee, Westermardorf (on the northern edge of the “Meerbruch”), Weisse Berge (west of today's village) and Ostermardorf (later Lüttjen Mardorf). In the 3rd century AD Mardorfer Platt (our local language) is formed. In the 5th-8th centuries the old "Lütjen Mardrup" with 2 - 3 "Free" farms is built. In the 9th century the seaside village belongs to the "Monnekehusen" parochy. In 899, Madjarian rider armies came to this area and the "Gypsy Legend" was born.

The first documentary mention dates back to 1171: “Giselerus de Meredorpe” (Meerdorf). In 1173 there was another document: "The free farmer Hameco from" Merctorph "(Border village) sold himself with his family to the Loccum monastery and moved to Kolenfeld. In 1180 the village was called" Myrithorp "(one would later say" Myrdörp "on Platt) The parish "Rheborg" (with "Mardorp un Brunne") was created in 1438. Mardorf belonged to the parish of "Snedere" in 1522. In 1569, "Merdorpe" became Lutheran.

From 1620 the present village with 19 courtyards (among them Nülle Nr.1) and 150 inhabitants was created and survived the 30 Years War almost unscathed. The "Brase-Speicher" (former stable, today at Bungeplatz) was built before 1660, making it the oldest existing building. In 1721, construction of the Mardorf half-timbered chapel for 27 courtyards, 6 other houses and a total of 550 “people” began in-house. Before you had to go to church in Münchehagen, Loccum, Rehburg, Husum and Schneeren. In 1771 Mardorfer build a post mill in front of Schneeren and in 1777 the "Realgemeinde Mardorf" is founded.

1803 is "French time" and in 1831 cholera threatens. The "Great Fire" of 1836 destroyed part of the old village. Mid 19th century migration and emigration halved the number of inhabitants and a new development area was created on "Mummerjaan". In 1842 the "Old School" was built and "Ochsenkrieg" (conflict over oxen) was led with Schaumburg-Lippe. In 1846 the Neustadt county was responsible for Mardorf instead of Rehburg. In 1857 the "Spritzenhaus" (fire house) the "Notteich" (fire pond) was built. The "Shooting- und Harvestfest" is celebrated in 1861. In 1867 the "Alte Schmiede" (smithy) and in 1871 the "Windmühle" on Mardorf's highest mountain (61 m) are built.

1889 is the foundation of the 1st choir "MGV Concordia". 1896 is considered the beginning of the weekend development. Around 1900 there was the big "Verköppelung" (land consolidation) and the village now has 100 houses with 571 inhabitants. In 1905, the first contracts for crude oil, natural gas and potassium salt were completed. In 1907, gustaf nagel “camped” barefoot on the 57 m high “Weisser Berg” and in 1908 the “New Old School” was built. In 1913 Mardorf received electricity and telephone. After 1914 in the I.WK, Mardorf had to mourn 23 victims.

After 1918 Mardorf became the "family pool" of Hanover and later also for East Westphalia-Lippe. This is how hotels, pensions, homes and other weekend houses are created. In 1921 schoolmaster Wilhelm Carl came to Mardorf and called himself "Carl Mardorf" as a pagan poet. The TSV (sport club) was founded in 1926, the Schützenverein (shooting club) in 1927 and the Verkehrsverein (tourist club) in 1928, and the first petrol station (out of later a total of 4) was built. In 1934 there was a mandatory fire department in Mardorf. In 1939, with the Second World War, forced laborers and prisoners of war came to the village. The last night watchman dies in Mardorf in 1943.

After 1945 there were 57 Mardorf victims and the admission of 702 refugees and displaced persons (including many from the Silesian village of Eckersdorf) doubled the population to 1,352 in 170 houses. Around 1952 the "Fliegenpilz" (toadstool) and many campsites were built. In 1959 the "New School" and the sports field on Eichendorffstrasse were completed. In 1961 and 1963, series of brands destroyed the old building structure of Mardorf. In 1965 there was the “Mardorfer Lied” (local song) and a coherent weekend area with more than 550 holiday homes was created on the north bank. Up to 1970 by hydraulic filling, the waterfront promenade and the moor road construction changed the tranquil riverside area by the “Meer”. In 1972 Mardorf received his coat of arms and in 1973 "800th Anniversary" (1173) with the 1st district marksman festival.

In 1974 Mardorf became part of the art city "Neustadt" against his will and every logic (Hanover simply wanted it). 1977 is booming as a "state-recognized resort". In 1980 the village renovation began and in 1982 the half-timbered bus waiting house was built. In 1983 the Dorfgemeinschaft e. V. (Village Community), the new Aloys-Bunge-Platz (central area with old and half-timbered buildings) gets the grill storage and Mardorf becomes "Most Beautiful Village". There are first contacts with Mardorf in Hessen, the chronicle "Mardorf in old pictures" is printed. In 1984 the old half-timbered “Brase” store was moved and the village community center was restored. In 1989 the last wandering shepherd died in the village and there were 8,038 boats on the “Meer”! In 1990 the "Brennewienspeicher" (old inn) was rebuilt and in 1991 the local museum "Josef Boslar" was opened.

1994 is built a new kindergarten and youth hostel. In 1996 followed the "Haus des Gastes" with tourist information and the "Engels Dor" café. In 1997 the “Golf Park Steinhuder Meer” and the new comprehensive local chronicle were created. In 2000 Mardorf has 2,000 inhabitants (including 500 on the north bank). The "Alte Schule" restaurant opened in 2002. In 2003 the dictionary appeared with "Mardorfer Platt"! In 2008 the tourist association became a partner of Steinhuder Meer Tourismus with the first festive weekend in Mardorf. The "Seatree" (adventure climbing park) is inaugurated.

In 2010 the “Kiepenfrau”, the 4 “Seh-Stege” (view points), the website www.mardorf.de, the Bauerncafé, the new Inselblick and the hiking trails (M1-M8) are created. In 2011 the first 30 information boards and the welcome sail, the biogas plant goes online and the first gas drilling in Mardorf takes place, the 65 christmasstars get LEDs, the “Fischerstübchen” is rebuilt and the baking house is finished. In 2012 the large rainwater retention basin "Torfbergswiesen" (with clarification function for the Steinhuder Meer) was created. Bird dam and hay dam are being renovated. In 2013 the entire Mardorf riverside path was completely renewed. The toadstool is being restored. Storks have rediscovered the village and the transformer tower has had its day.

In 2014 the maypole had to be renewed and the 1st summer festival (with harvest fest) was successful. However, 2015 means the inexplicable end of the just modernized primary school and youth center. In 2016, up to 110 refugees will be accommodated in the village. All important facilities and paths are now barrier-free! The Naturpark-Haus is finished in 2017 and the start of construction of the Steinhuder Meer retirement home. 2018 is a bad year of drought with only 350 L / m² of precipitation and the water level drops from 38.1 to 37.5 m above sea level. The wolves in and around Mardorf are getting closer in 2019! 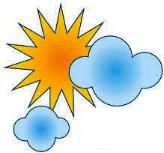